Fr. Paul Asoh is a priest of the Missionary Society of St. Paul of Nigeria. Ordained a priest in 2002, he has ministered in Africa, Europe and North America, serving as assistant director of seminary formation, a college chaplain, and director of a retreat center. Prior to his assignment to St. Mary’s he served for two years as parochial vicar at St. Therese parish in Mooresville, NC.
Email: pastor@stmarymotherofgod.com

Deacon Matt was born in Charlotte, NC, and moved to Sylva after high school. He attended college at Warren Wilson College and Western Carolina University, where he graduated in 1999 with a degree in English Literature. He earned a Masters of Theology degree from Holy Apostles College in 2008 and was ordained to the diaconate in 2018. He is an adult convert, having been baptized at St. Mary’s in 2000. He has been serving as the Catholic campus minister at Western Carolina University since 2008. He and his wife, Joannie, have six children.
Email: MANewsome@rcdoc.org

Deacon John is from Chicago, IL, where he attended Catholic schools and served as an altar boy and lector since his youth. He was ordained a deacon for the Archdiocese of Chicago in 2006, and served for 13 years at St. Ansgar parish in Hanover Park, IL, where his main areas of ministry were to the homebound and those in nursing homes, hospitals and rehabilitation centers. Since retiring from a career in nursing, Deacon John and his wife Sue have lived in in Franklin, NC.
Email: szarekjohn@comcast.net

Originally from Athens, GA, Deacon Dan was ordained in 2014 for the Diocese of Nasheville, TN, where he served as chaplain at Venderbilt University and the Department of Veterans Affairs Hospital. In 2017 he was assigned as Pastoral Associate of St. Matthew parish in Franklin, TN. He holds an MA in Theology from St. Joseph College in Maine. He and his wife, Dr. Beth Woodard, moved to Cullowhee in 2020, where Beth serves on the faculty of WCU and Deacon Dan works for Jackson County Emergency Management.
Email: deacon.dan.pyles@gmail.com 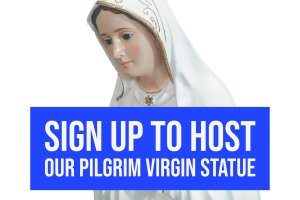